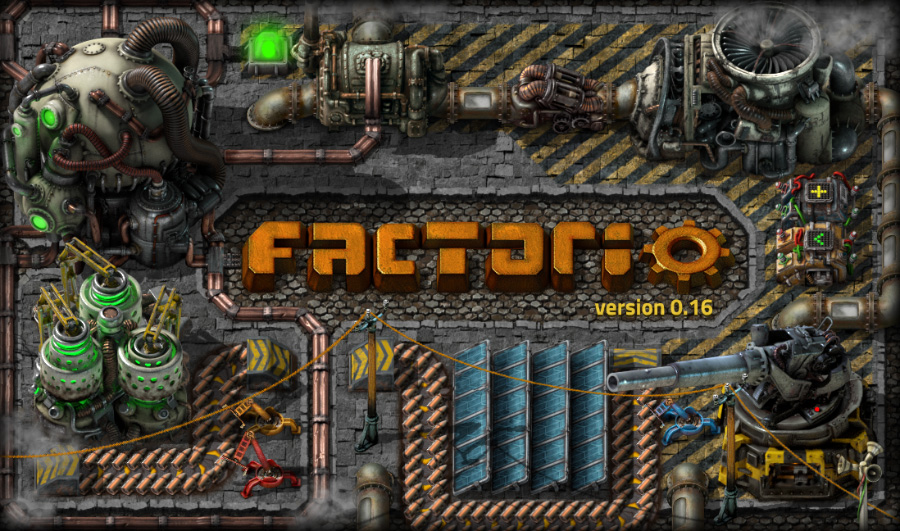 Since the release of 0.16 experimental in early December, we have had over 30 bugfix releases, and are confident that 0.16 is ready to be enjoyed by all players. The goal of 0.16 is to wrap up the addition of any major features, so we can begin to focus on the final steps towards a 1.0 release.

Rain death upon your enemies from the safety of your base. This late-game research unlocks the Artillery turret, Artillery wagon, Artillery shells and the Artillery targetting remote. Let the cannons find targets automatically, or manually designate a target with the remote for 3x the range. The biter expansion will no longer pose even an annoyance with this firepower on your side.

All tiles, trees, rocks, and decoratives are now available in high resolution, making the backdrop of your factory that much nicer to look at. This update also introduces Cliffs, a natural barrier to your expansion. The cliffs add another visual dimension to the game, while providing both a challenge and a benefit in many situations. If they are in the way of your endless expansion, you can blast them out of existence with the new Cliff explosives.

We have completely overhauled our entire map generation system, using a new and improved system of noise to produce more interesting maps to explore. The maps in 0.16 will feel much more natural, and have much better large scale variation compared to previous versions. The last treat is the new Map generation preview, where you can see what the world will look like before you decide where to crash land.

A core foundation of Factorio has always been the transport belts. In the first versions the logic was very simple, just find any items on them and move them along. However with the infinite scale of the game, performance is always a key factor. The latest iteration of the belt update logic improves performance by up to 800%, allowing factories many times the size to remain smooth and playable. Another side benefit is the improved belt compression. No longer will you have to worry about how and where your inserters and sideloading insert items, with native 100% compression in all situations.

A final detail to the whole belt system is the new ability of filtering with splitters. You can now open any splitter and set input/output priorities, and filter a specific item to a desired output. This unlocks a huge range of new techniques for players, as well as providing a simple and intuitive additional utility.

A compliment the array of logistic chests already present, the buffer chest acts as an in-between for requester and provider chests. The buffer chest allows you to prioritize and prepare items in your logistic system like never before, and adds another powerful component to this area of the game.

As always there are a ton of smaller features and changes to discover in this latest major update. You can read the changelog in game for a full rundown.

We have our plan moving forward for the next version of the game, which you can check out here.