The poison cloud animation is a placeholder spritesheet (that kovarex found somewhere on the internet), we have wanted to improve it for a long time, but since it was always such a small detail other things took priority. Well now is the time to finish everything, big and small.

Some of the problems we see with the old placeholder animation:

The new animation was done quickly and without the need of any large changes to the Factorio engine. This is the mindset we are in these days, use the engine features we already have to finish things quickly and without trouble, and we try to stop ourselves going crazy with more detail.

The smoke capsule itself spawns a bunch of smaller dummy entities which do the smoke drawing, while the damage is kept consistent by only using the central smoke cloud to apply damage.

Unlike the poison cloud, the flying robots dying was never something that we felt strongly about changing, they just exploded and poofed out of existence. With the new particle system we had an idea of using a particle to show the robot falling to the ground. The experimentation was quick and effective, and we liked the effect. Using the 16 directions of the flying robot sprites, we can create a 16 frame animation of the robot spinning for free, which is a good trick.

To complete the effect we needed to pay a bit of a price by creating some remnants on the ground. Dom didn't take long to model and render 3 remnant variations for each robot. Even if you don't see the robots falling and dying actively, the corpses on the ground can really add to the battlefield. 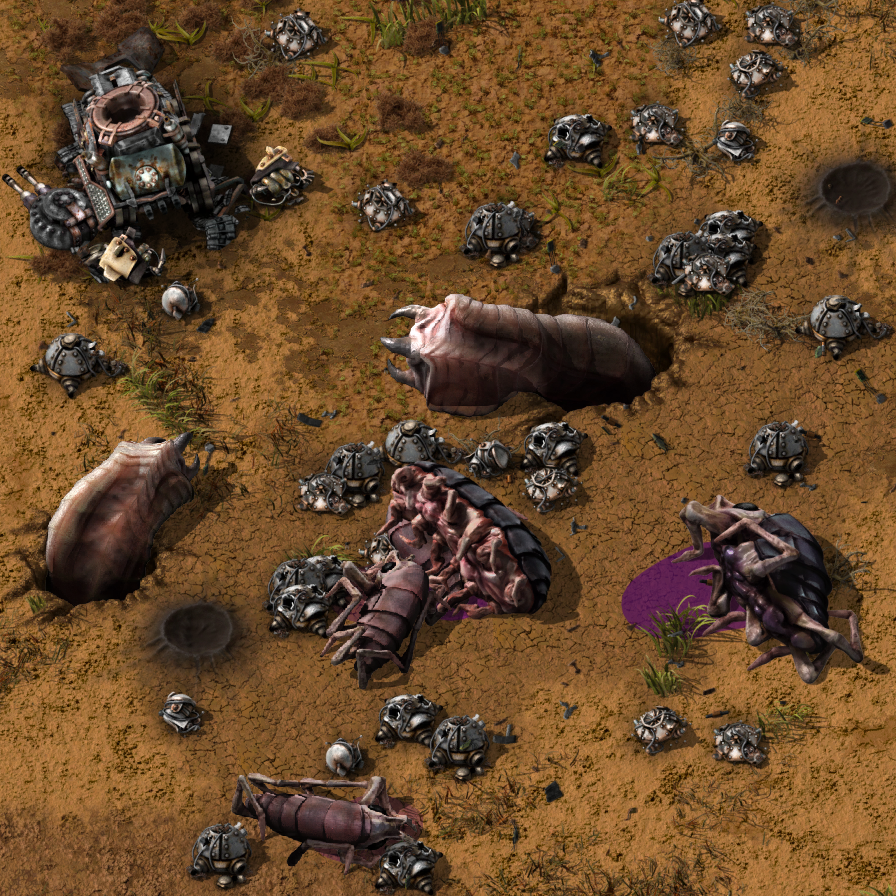 These new effects have been merged in our master branch now, so you can expect to play with them with the next 0.18 experimental release, likely early next week.