WoW classic has been released, which means several of our top men have taken time off to spend hours raiding and having fun in Azeroth.

This isn't great timing, as a few new bugs related to train signals appeared. We want to get these bugs solved before we do another release (another stable candidate). As it turns out, the only person with the skillset to fix these specific train signal bugs is also deep into levelling his Priest... (Kov on Pyrewood Village)

We are still making the rest of the preparations for the stable release. We have started writing up the stable annoucement blog post, and have produced a 0.17 postcard image. Other than the few more critical rail bugs, there doesn't look like there is much else to block the stable release, on the forum we are down to 27 bugs.

Since there are so few bugs left to deal with, some of the team has starting working on 'post-stable' features. Wheybags is working on the new campaign, Oxyd is diving into some detailed pathfinder improvements, and Rseding has started work on some particle optimizations. We will delve deeper into these topics and more in future FFFs, as we always love to do.

Heat pipes were released with 0.15, since then, we (the GFX department) contracted a debt with this feature. The original plan was to be able to visualize the amount of heat by using a glow on the pipes. Due to the tight schedule of the 0.15 release we decided to postpone the feature. Finally Ernestas took care of it, and we can proudly present it integrated in the game. 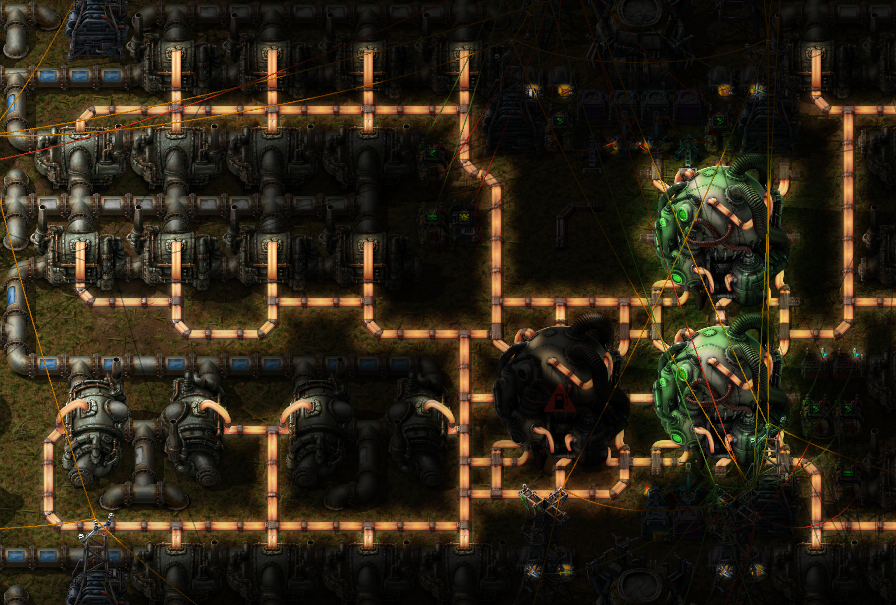 As you can see, the pipes emit light due to the red hot metal. The fact that they are connected to the reactor and the heat exchanger, made us make some extra patches. It would look wrong if the heat pipes were glowing, but the pipes on the reactor were not. The final result apart from beautiful is also very readable for the player, which is the main point of the entire design.

The glow intensity is proportional to the heat. Now the visualisation should be crystal clear. The new graphics are already merged into master, so will be included with the next experimental release.